This map is a great way to teach kids (and adults) some geography. It’s a blind map on which you pin flags, names of the countries, cities, rivers….I went with the map of Europe but you can choose any part of the world. The main part of the map are the country flags that stick to the map with pieces of velcro which will be quite enough because my kids are still quite small, but for later I made also names of the countries, capitals and a few more cities of importance to us. To make the map more practical I made it as a blanket that can be rolled and stay that way and also the kids can have it on the floor as well as hanging on a wall. I’ve also made a practical bag for all the flags etc. When deciding the elements of your map you should consider your kids’ age and also their interests. My kids are quite young and the older one is just starting to read, so the names of countries and cities will have to wait a little but they will be a good reading motivation. She is also interested in flags so those will be the main element of our map. I made the map large enough to be able to add also rivers and other elements.

Generally, the map can be used for kids in kindergarder or also pre-K because in my experience, even very small kids show interest in flags. Just with the little ones consider using an are and flags that are familiar to them (for example, just your country and regional flags/flags of the cities or just a part of your continent). The older the children, the more complicated the map can be (we were doing blind map exams until senior high). Of course, kids in highschool might not appreciate this map as much as smaller children but I’d say 4-graders might still like it to practise at home;-) – printed map of the area you want to draw

– threads and needles also for handsewing

Flags, Capitals and Whatever More You Want I printed the European flags in color, each of them being aprox. 2 x 1 cm. I also printed the names of the countries (all capital letters) and the capitals and few other cities (you can choose the city you’re from, the cities you’ve visited with your children…). Then I covered both sides of the paper with the adhesive tape (to laminate it a little) and finally, I cut the flags out. I did the same with the names of the countries and capitals. I cut the adhesive velcro circles in half and put a half circle on the back of each map. The flags are going to stick to the map, while the countries and capitals won’t. You can also go for names of rivers, mountains etc. and actually draw them in the blind map.

A Satchel for All the Small Things Fold the canvas rectangle in half and stitch the sides leaving about 1 cm unstitched on one side. Then turn it inside out (and now it’s the right side out). Now fold the edges of the open top about 2 cm inside and stitch about 1 cm from the edge. Since you left the one cm unstitched before, you have a hole to put the lace through. Using a safety pin pinned to the end of the lace and pull the lace through the tunner that you’ve created. When you’re done just pull on both ends of the string to close the satchel. Put it aside for later.

Iron the canvas that you want to draw the map on. Then place the printed map where you want to draw. As you can see I printed only the continental Europe, I added the islands later. I also didn’t cut all the details properly because I found it much easier to use the map to just outline it with a pencil and then I went around with the felted pen drawing all the details. As for the borders, I cut out countries one by one placing the map on the canvas after each country to trace the borders. I put one adhesive velcro circle onto each country (it has to be the oposite side to the one on the back of your flags!). I marked the capitals with bigger green dots and other cities of interest with smaller pink dots. If needed, cut the edges to make the map into a nice rectangle. Finish the edges with the bias tape.

Cut the elastic in half. Fold the round elastic in half and stitch the ends to the outside fabric just a little pass the bias tape on the upper side of the map. Do the same with the other elastic but make sure you don’t put them too close to the center. Stitch them rather closer to the corners so that the corners don’t fold in when you hang the map. If your map is too big you might have to add one more elastic to the center – you figure it out when you roll and close the map. Now roll the map up from the bottom up (that’s the side opposite to the elastics). Measure where the elastic loop reaches and stretch is just a little. Sew the button on in place and hook the loop on it to see whether it closes nicely. Do the same on the other side with the other button. Time to take out the satchel. Open the map again and stitch the ends of the lace of the satchel to the upper edge of the map, preferably in the corner so it doesn’t cover your map. I tucked the ends into the bias tape a little. Now you can roll the map and keep the satchel outside or inside and when you hang the map, the satchel will be hanging on the side.

Now go on and have fun learning! 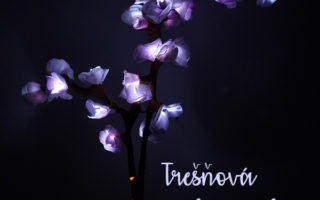 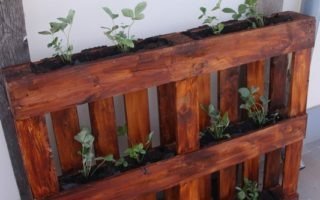 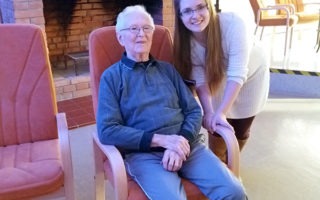 How I joined the Christmas project “Jesus’ Grandkids”